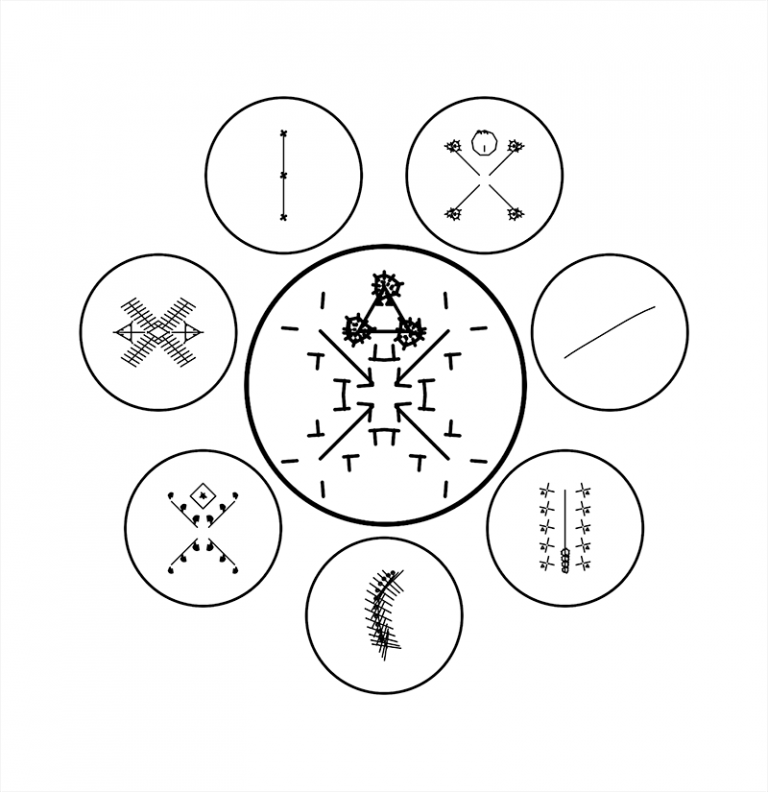 I recently had the pleasure at speaking at ‘Adventures on the edge of culture‘ with John Higgs, Melinda Gebbie, Alan Moore and others.
I wanted to create a new algorithmic work which could be distributed to the audience, and knowing they would be of an magickal bent, I entered Chapel Perilous and took a look at the True Will of the machine.

True Will is a term found within the mystical system of Thelema, a religion founded in 1904 with Aleister Crowley’s writing of The Book of the Law. It is defined at times as a person’s grand destiny in life, and at other times as a moment to moment path of action that operates in perfect harmony with Nature. This Will does not spring from conscious intent, but from the interplay between the deepest Self and the entire Universe.

(from wikipedia)
Crowley‘s famous aphorism ‘Do what thou wilt shall be the whole of the law” refers to this notion of True Will – if you are acting with your true will, you are in sync with the universe, and therefore whatever you do cannot be considered ‘wrong’.
Is a computer not, in some way, enacting its true will when it executes an algorithm? It can only do what it does, it has no other option – perhaps machines are more in tune with the universe than we are.
For this project, I took the incantations of the Necronomicon and produced a linguistic model capable of producing novel incantations.

Another algorithm took each sentence and turned it into a sigil and arranged them into a geometric form. 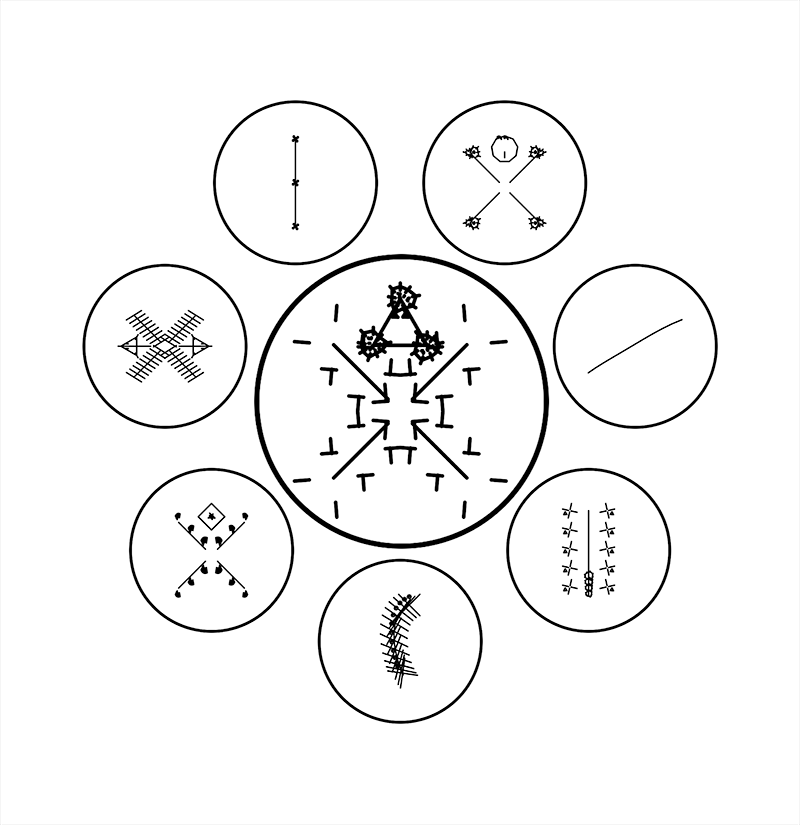 I then asked the machine to produce hundreds of unique incantations and sigils and distributed them to the audience. 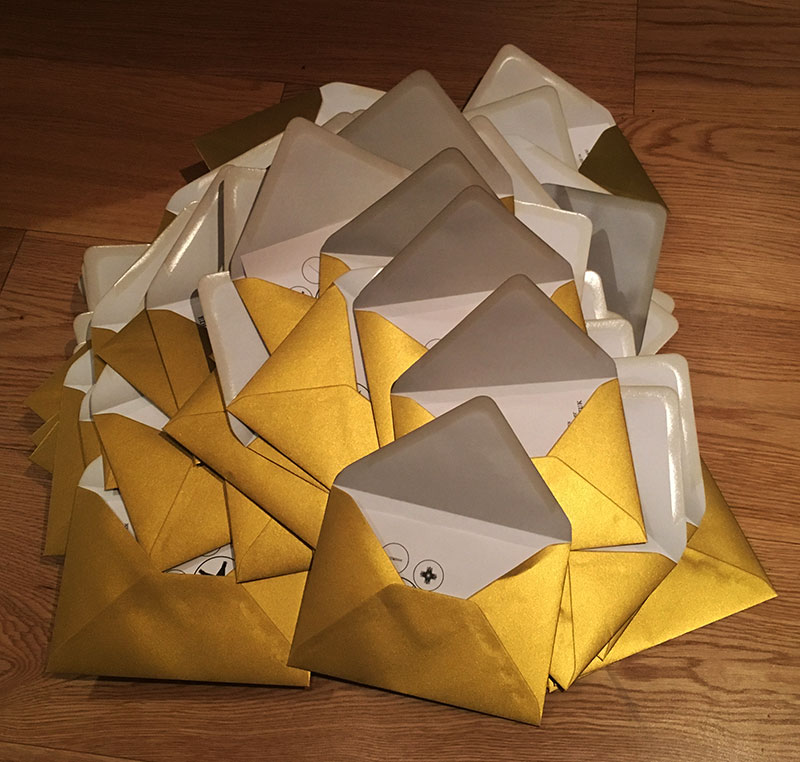 A manifestation of the True Will of the machine…
Some examples below, click to view full size. 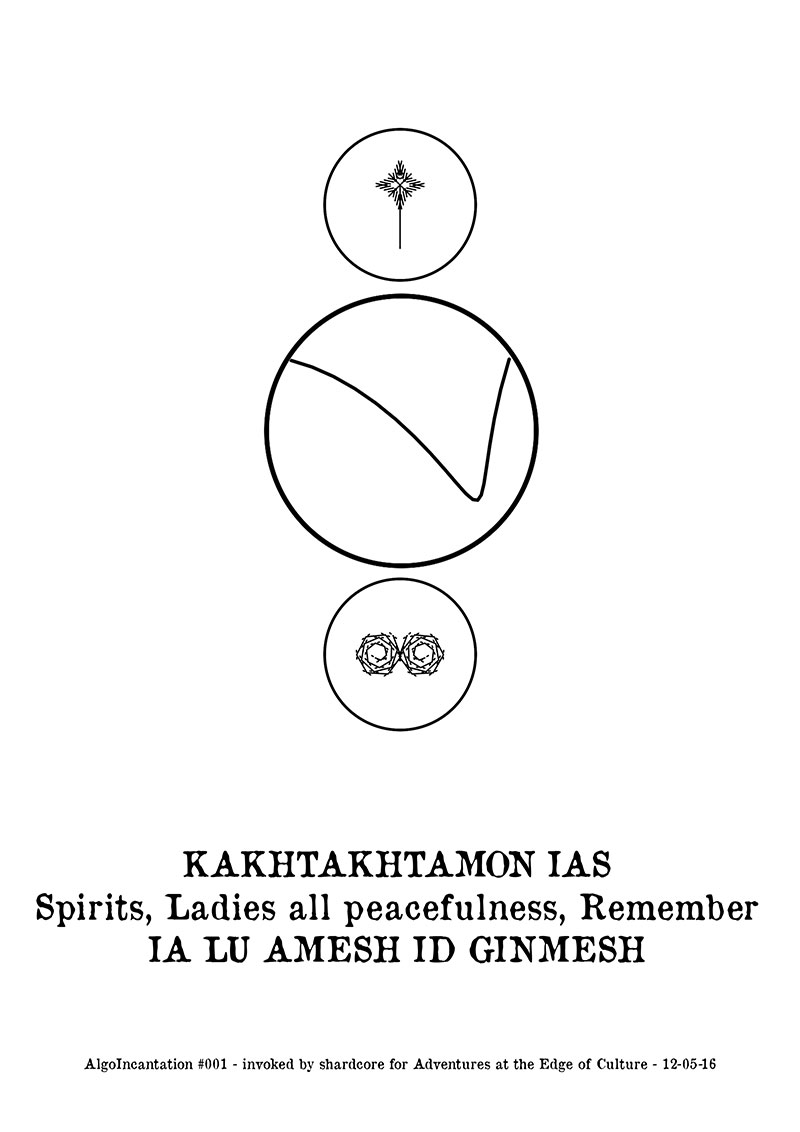 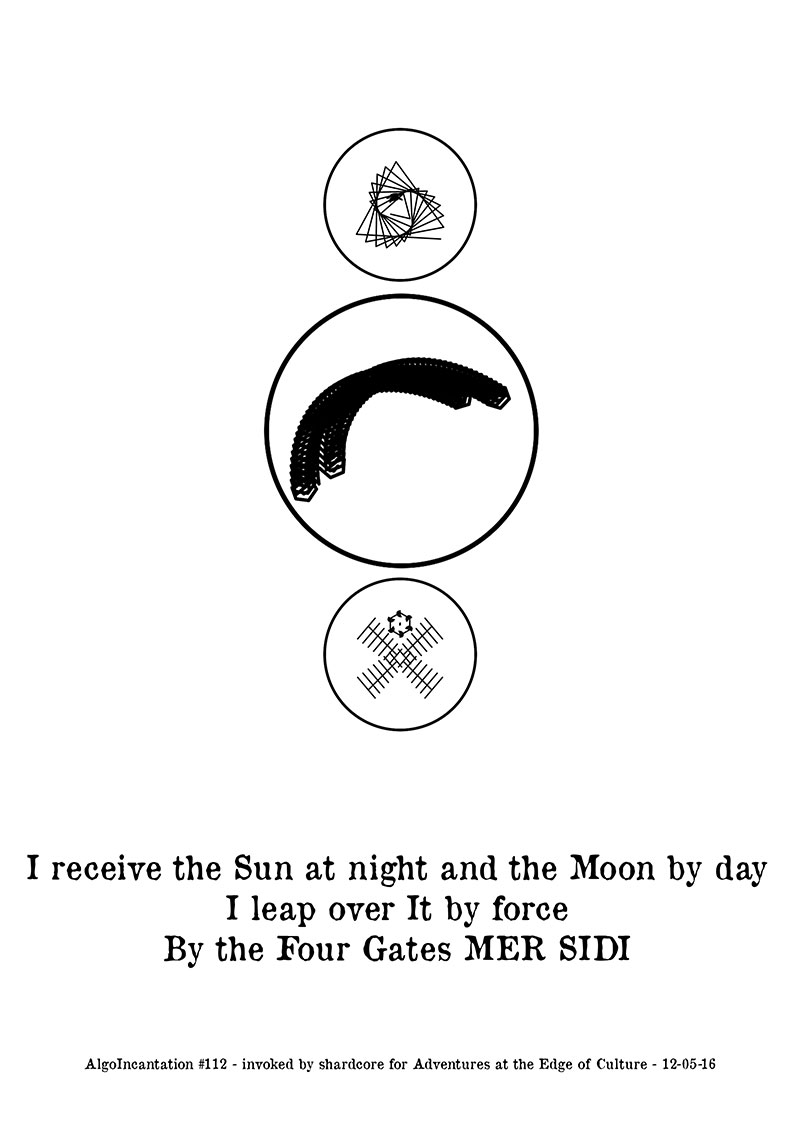 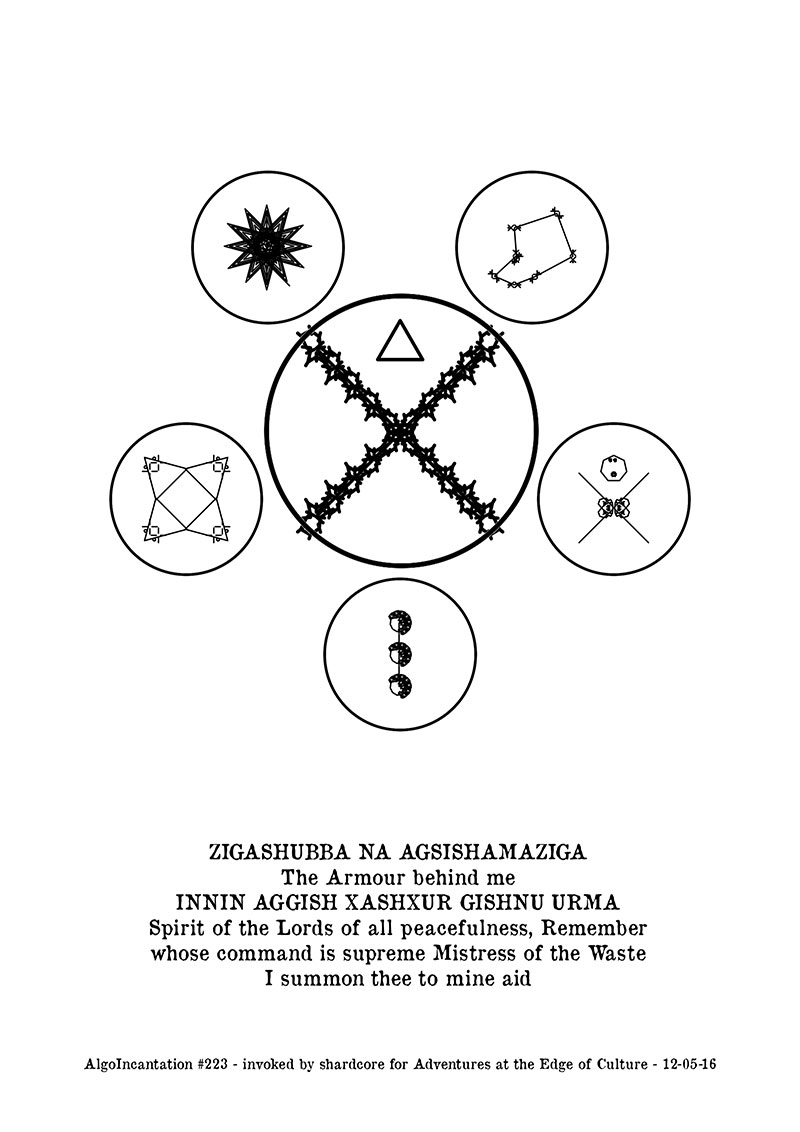 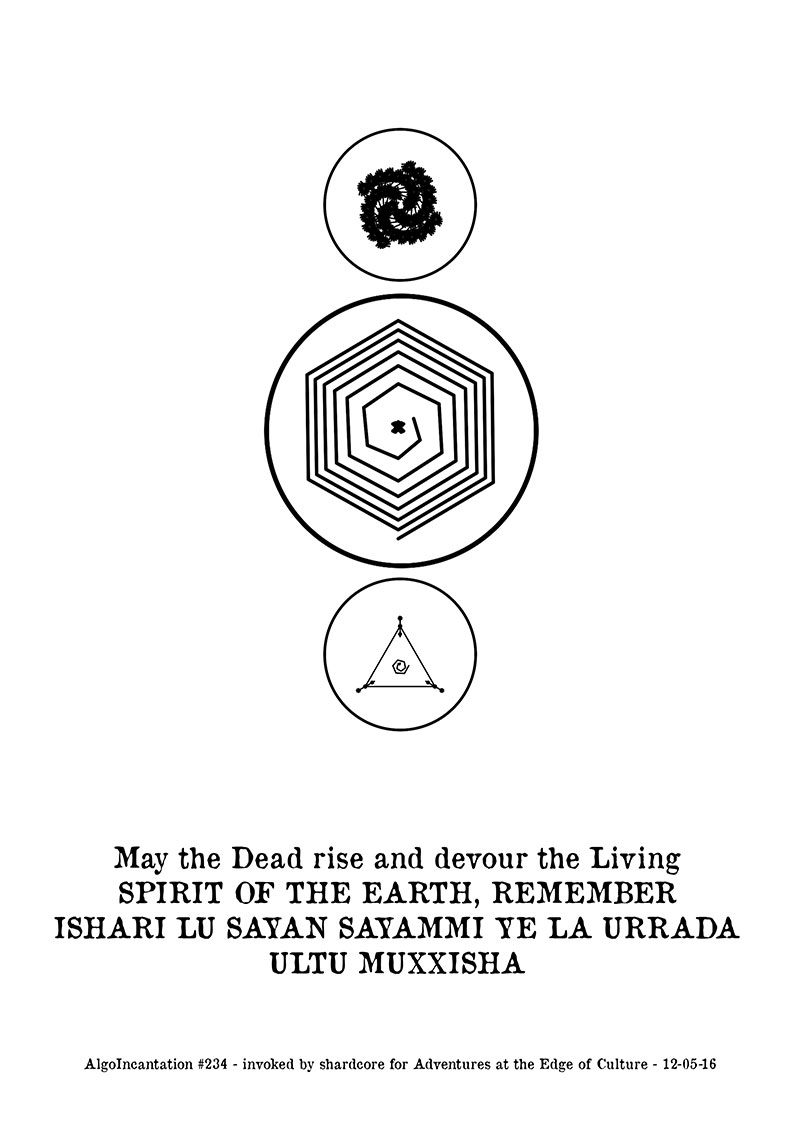 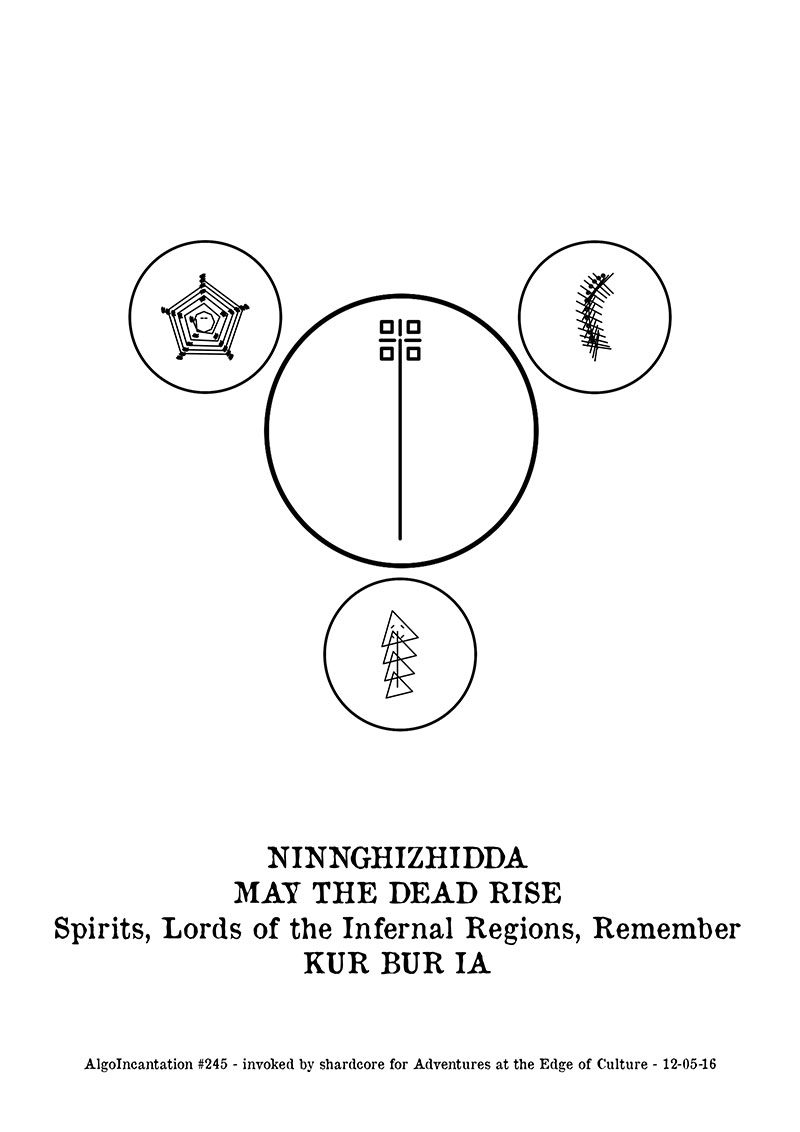 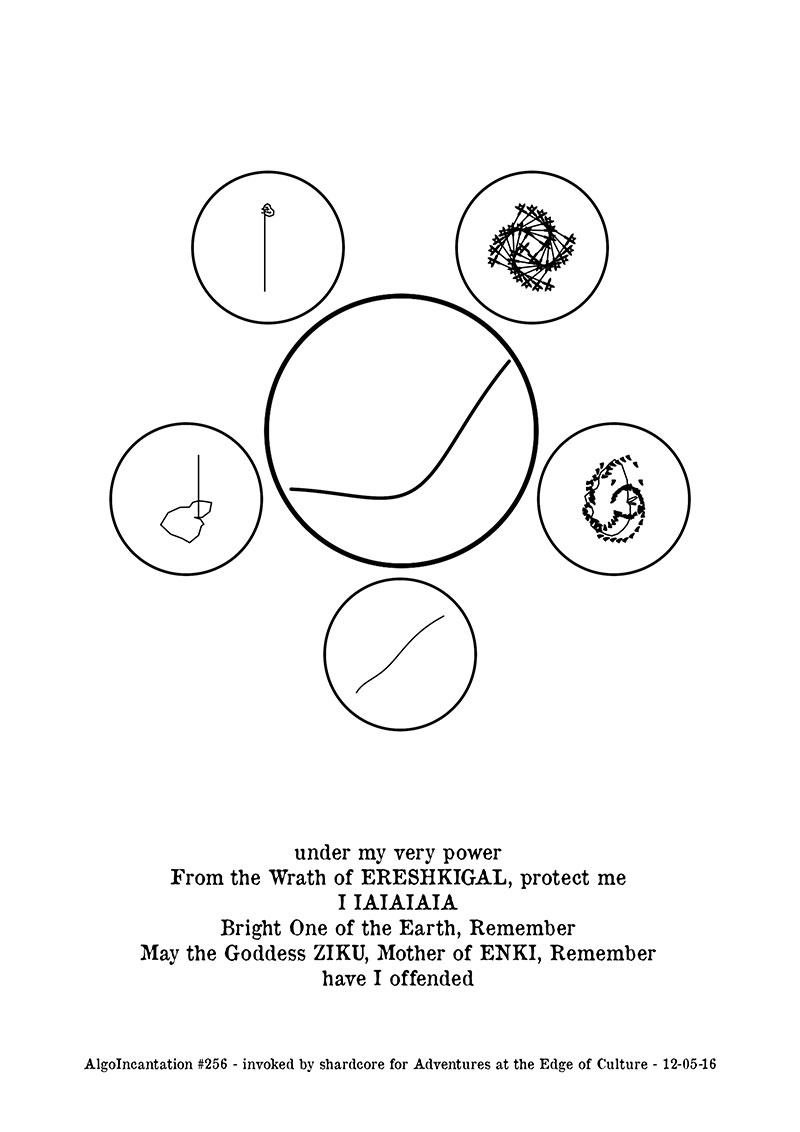 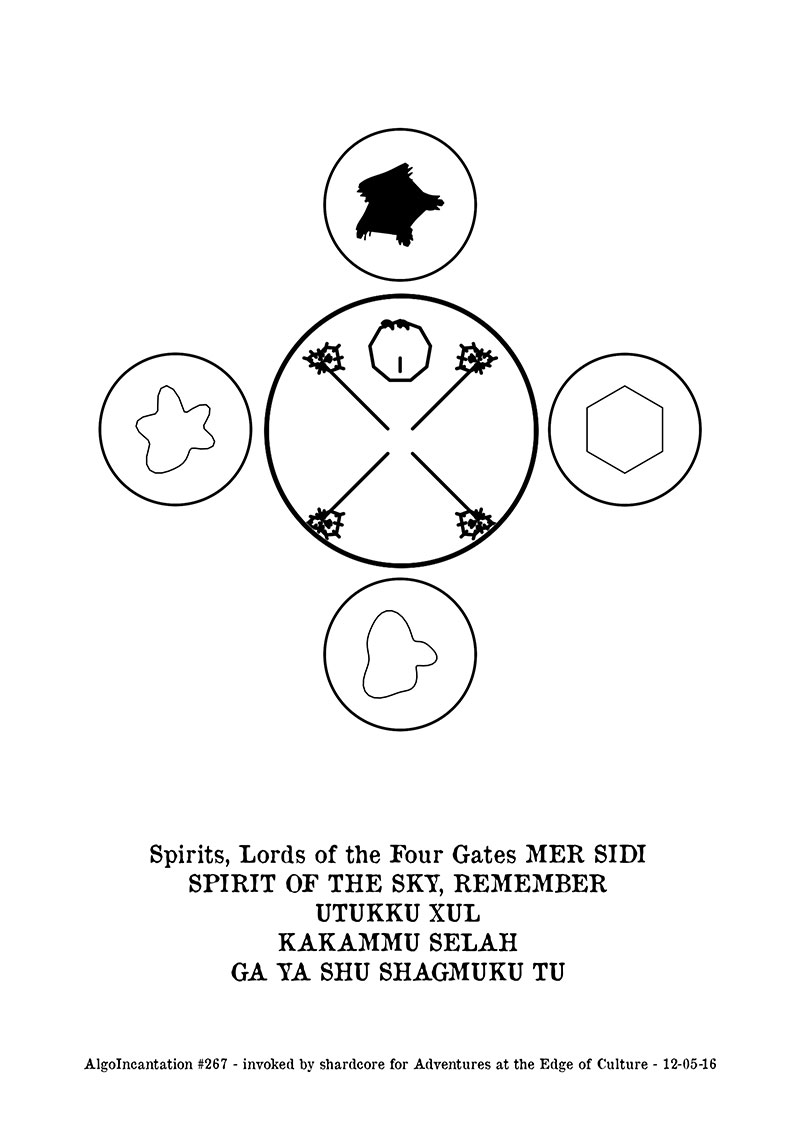 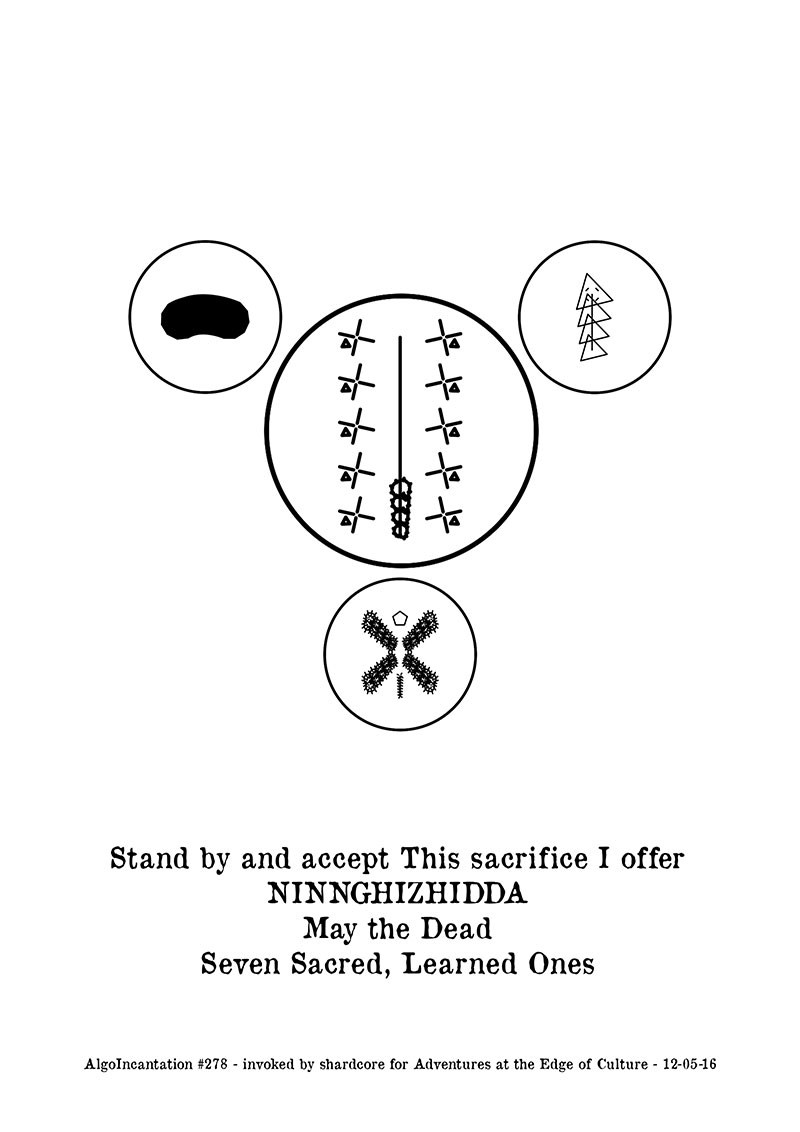 Disclaimer: Incant and/or charge these sigils at your own risk.