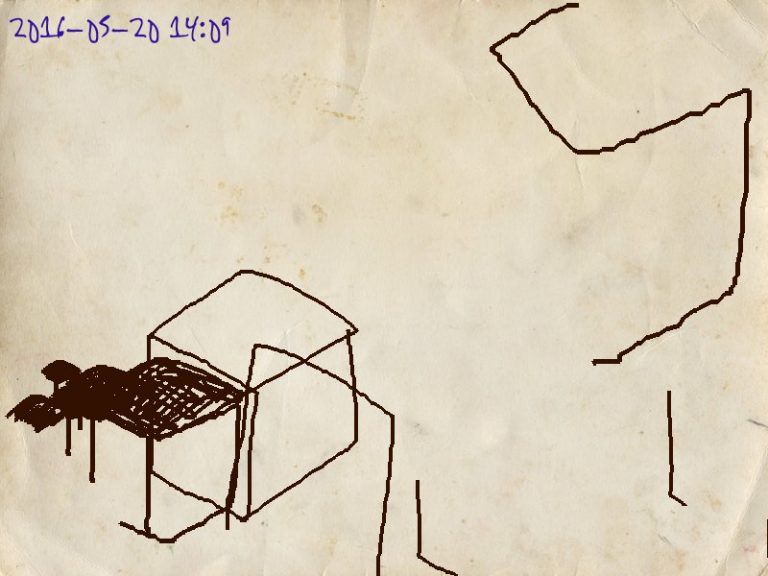 I’ve been very pleased with the addled reports that @trippingbot has been writing whilst getting wasted every single night for the last seven months. However, I felt she should do more, perhaps represent her varying state in a different form.
Now she draws. Each drawing is unique, based on data captured from real acts of drawing, and via tracing the paths of a selection of algo-sigils. There are a number of parameters which control the way she moves between drawing styles, how erratic she is, how obsessive she gets, etc.

Rather than produce static images, I wanted to capture the act of drawing, hence the production of a video, rather than a still.

Watching her draw, one cannot help but project intention into her actions.
She is now drawing a picture every hour or so during her daily trips.
Follow @trippingbot