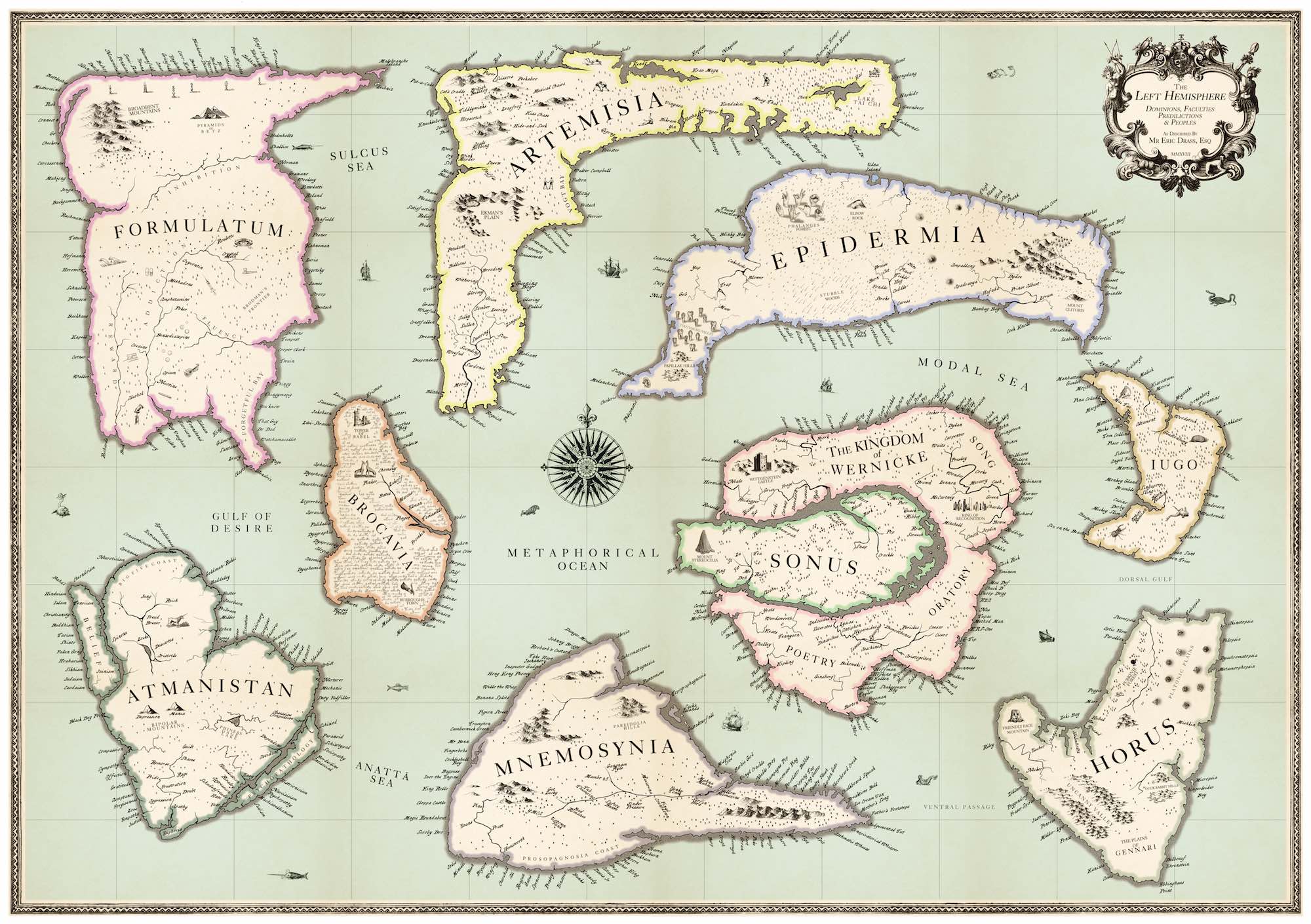 This is a map of the left hemisphere of the brain, seen through the lens of a 17th Century Explorer.
I have taken the broad functional areas of the left hemisphere of the brain and drawn them as separate continents, as if driven apart by shifting tectonic plates. These continents contain settlements and features with names inspired by the functions found in each particular brain area.
Covering subjects as diverse as optical illusions, children’s games, cognitive scientists, literary theorists, poets, rappers, facial expressions, philosophers, cocktails, neurological disorders and religions, this map illustrates the inherent difficulty in using our limited human mental faculties to describe the activities of the 86 billion neurons which make up a brain.
There’s a lot going on in this work, so I built a special website to explain it all. Click Here to explore.