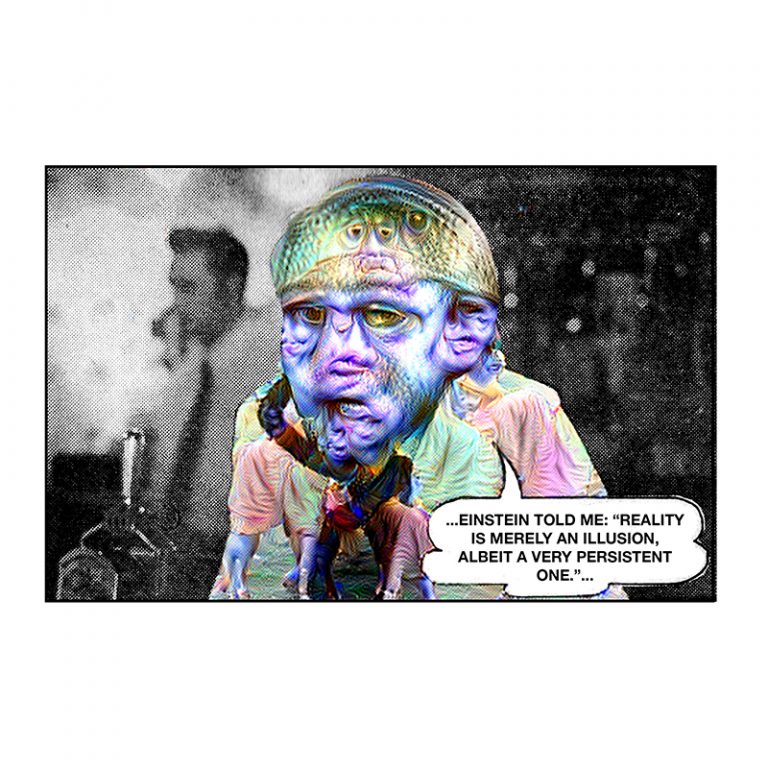 The story of boy meets girl is as old as time. One particular manifestation of the love story is the photo-comic; popular in the 1980s, often shoddily produced and sold to bored teenage girls. This video is based on a photo story from an old Blue Jeans annual.

I have rewritten the script to have our protagonists discussing the nature of consciousness.

The video itself uses the recently released 3d-photography-inpainting model to bring the still images into the third dimension. There’s also a little bit of DeepDream in there too.