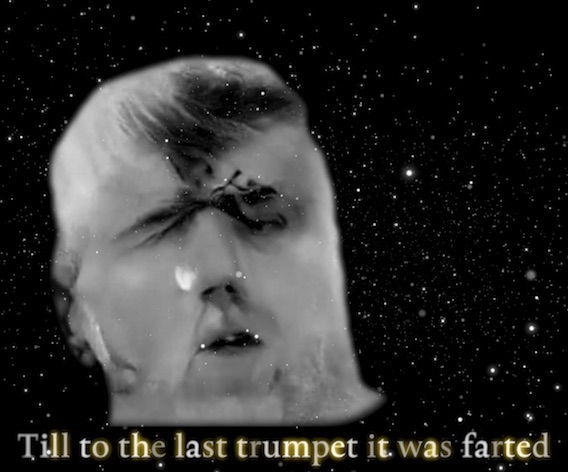 William Blake seems all the rage at the moment. The ‘artist/poet/visionary’ thing has a universal appeal and tends to resonate throughout the generations. I shan’t go into details of his biography, I’ll leave that to my friend John Higgs, who has just written a magnum opus about him.

(Unfortunately that’s not getting published until next year, so in the meantime, I recommend his “short, breezy book of 15,000 words” from last year, William Blake Now )

Earlier this year, filmmaker Nick Driftwood put out a call for people to read Blake poems for a project he is developing. I asked John if he knew of any juicy obscure Blake poems I could use, and he said:

If you want to perform that poem where Blake is taking a dump in his garden and spins round to shit-curse some German, then I’ll dig it out for you.

Whilst technically the performance is mine, the faces in the video were in fact generated from the edges of the StyleGAN FFHQ network.

Human, but not quite Human.

The selected static faces were subsequently brought to life, from my performance video, using the first-order-model.

Here’s a clip showing the source FFHQ faces and my reading.

From pity then he redend round
And the ninefold Spell unwound