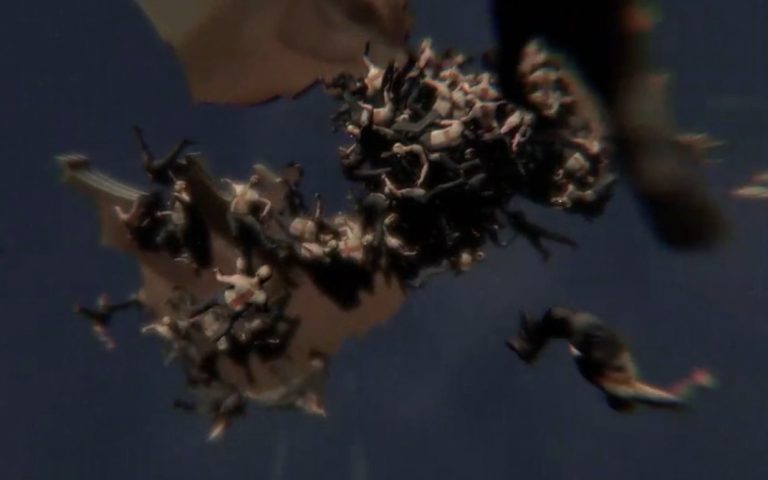 We are 156 days from an almost inevitably ‘hard’ brexit.

One may question how we got here, and whilst the tale is complex and rife with corruption and lies, one thread remains constant – the gurning face of Nigel Farage, and the suddenly empowered racist, nationalist hordes he inspired – Light on education, but strong on prejudice.

In this piece we see the British Isles, bearing Mr Farage’s horrific visage, being rained down upon by thousands of St.George wearing brexit thugs. The music is a rendition of ‘Jerusalem’ performed by Patrick Wolf. The words by William Blake, and adapted into a hymn by Sir Hubert Parry.

The song itself has been used in manifold situations by nationalists and internationalists alike, as a hymn to England itself. What will remain of our sceptred isle after 31st of December remains to be seen.

Ever get the feeling you’ve been cheated?