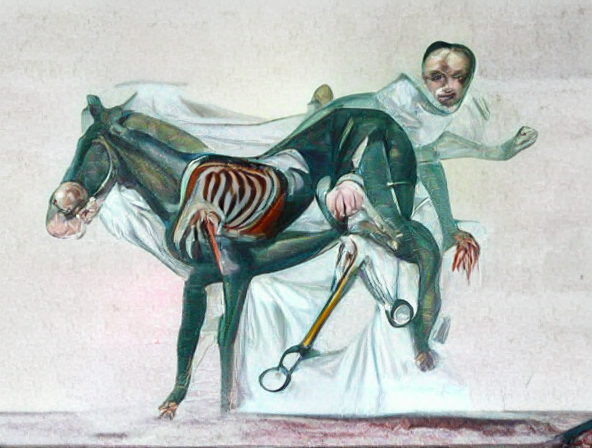 Eadweard Muybridge was a Victorian English photographer who is most noted for his studies of human and animal locomotion. He used multiple cameras to capture stop-motion photographs of humans and animals, and invented one of the first ‘motion picture’ devices to present them.

It seems difficult to comprehend a time before ubiquitous motion graphics, surrounded as we are by TikToks and GIFs, but the affordance of photography to capture motion too fast for the human eye to see, and the ability to string these stills back together into a simulation of life had profound impact on the visual arts and culture at large.

As a result, Muybridge’s photographs offer a fascinating glimpse into the dawn of a new visual form.

In this series of works, I used original animal locomotion sequences as visual prompts to an AI image generator to recreate machine-interpretations of the motions first captured 150 years ago.