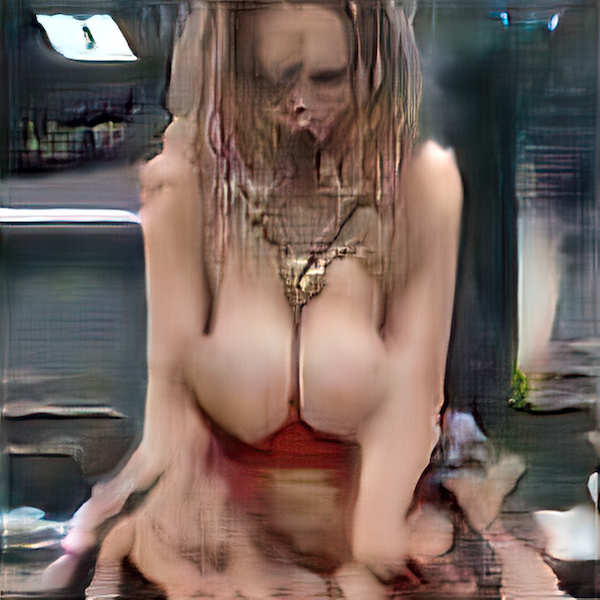 Our relationship with the world is increasingly mediated by machines – watching what we do online and off, profiling our behaviour, choosing the content we see and interfering with our perception of reality.

Our behaviour is meticulously tracked and analysed by unseen computational forces. Our every click is being monitored; and a significant proportion of those clicks relate to pornography. Estimates suggest that up to 30% of internet traffic is pornography related – and that nearly 40% of that is driven by bots. Despite this, little attention has been paid to what the machines might be learning about this aspect of human activity.

For the human viewer, images of women produced by men can be understood through a variety of lenses of social, political, economic and sexual history; we know to read a work by considering the circumstances of its creation and treat it accordingly (or at least we like to to think we do).

Now, though, it is not only humans who can see and ‘understand’ images. Technology colloquially referred to as ‘Artificial Intelligence’ is enabling machines to ‘see’ – neural network arrays are capable of examining and interrogating a vast quantity of imagery, and to deriving their own interpretations of what is being ‘seen’. The source material, though, is what we choose to feed it – it will ‘learn’ from our teachings, and, like all algorithmic ‘learning’, this process magnifies, amplifies and distorts any flaws or quirks or oddities in the training data.

As algorithmic processing becomes more sophisticated and complex, and as more of it is refined and improved upon by the machines themselves, so we lose our ability to fully understand how inputs become outputs and how the ‘black box’ is ‘thinking’ – and where might that lead.

The Machine Gaze is an exhibition which explores the above questions through cutting edge technology, producing a body of work immediately recognisable and yet utterly alien, which provides a timely critique of what we’re teaching our machines, and how this might play out.