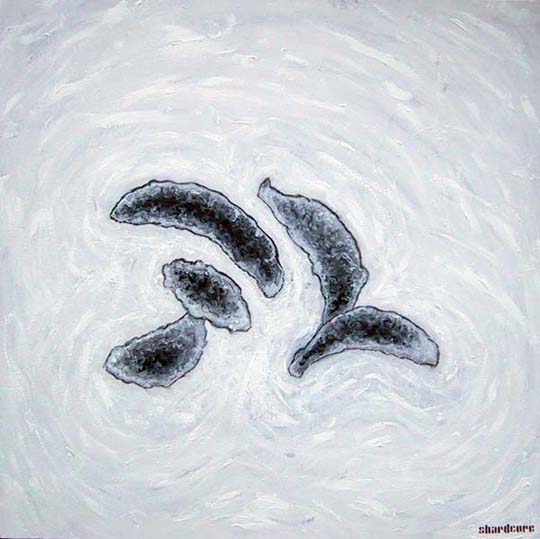 Toxoplasma gondii is a parasite which blocks the innate aversion to the smell of cat urine in mice. Since the mice are no longer afraid of cats, they get eaten and the parasite continues the next stage of its lifecycle in the gut of the cat, before being excreted and once again infecting more mice.
It is fascinating that a parasite can actually change the function of a mouse brain. Toxoplasma is known to produce several other behavioural effects in mice, including increased promiscuity.
Even more interesting is that it also has effects on the functioning of the human brain – a significant number of people involved in car accidents are shown to test positive for infection.
Approximately 10% of the UK human population is infected with toxoplasma – at present there has been no research into the effects on human sexual behaviour.
acrylicartpathogenscience