After the intensive period of painting activity leading up to MASS I took a break away from the canvas for a few days. However, I couldn’t keep away for long, and ended up painting ‘the beast’ himself, the occultist Aleister Crowley. I’ve never had much personal interest in magick, however I find the life of Crowley fascinating. Imagine becoming a tabloid hate figure in the early part of the 20th Century, when he was declared “The Wickedest Man in the World”. His behaviour was completely at odds with the reserve of post-Victorian Britain, and he evidently relished the fear and scandal that he was able to inspire, purely through his writings and the mysteries of his philosophy.
The painting features his most famous aphorism: “Do as thou wilt shall be the whole of the law”. Update My friend centrifuge tells me that Crowley ‘lifted’ the phrase from French Renaissance writer Rabelais.

I’ve given him some twinkling red eyes which looked positively delightful when set amongst the rest of the MASS congregation. You can see them in action at the end of the timelapse recording below. 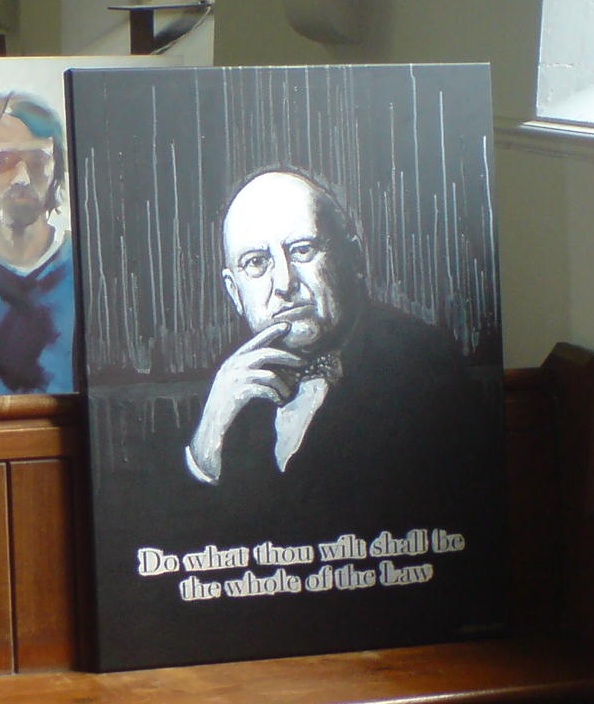