Grace Hopper is the mother of computer science. While there is no douibt that Alan Turing is the father of the field, Grace is often overlooked. Driven by the desire to become involved in helping the war effort, Grace joined US Navy Reserves in 1943 [leaving her job teaching Mathematics at Vasser] and immediately started working on the Mark I Computer, one of the earliest electronic calculating machines. 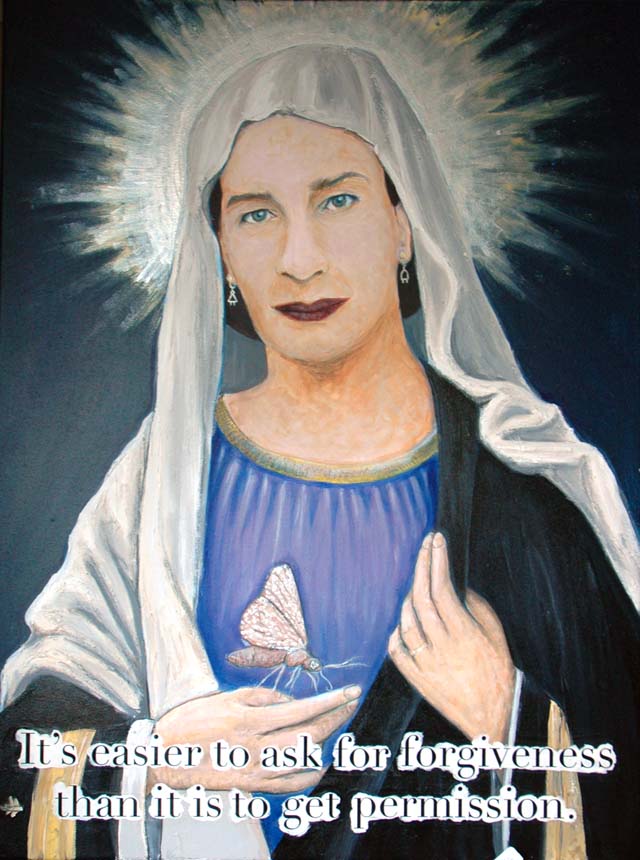 Acrylic on Canvas, 762mm x 1062mm
After the war Grace continued her work in the field, becoming involved in the development of the very first computer ‘languages’ – at the time such machines were laboriously programmed in machine code. Grace’s work was integral in the move towards modern ‘human parsable’ programming languages, most notably COBOL. I have painted her in the pose of the Madonna, yet in US Navy robes. Her earrings are in the form of Logic Gates, in this case the symbols for AND and NOT. 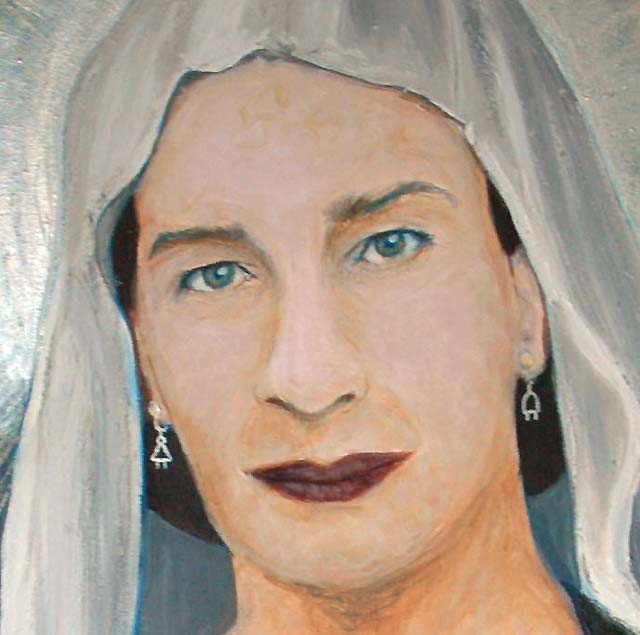 During her time working on the Mark II computer, she discovered a moth in a relay while ‘debugging’ the machine. This is often reported as the first computer ‘bug’. 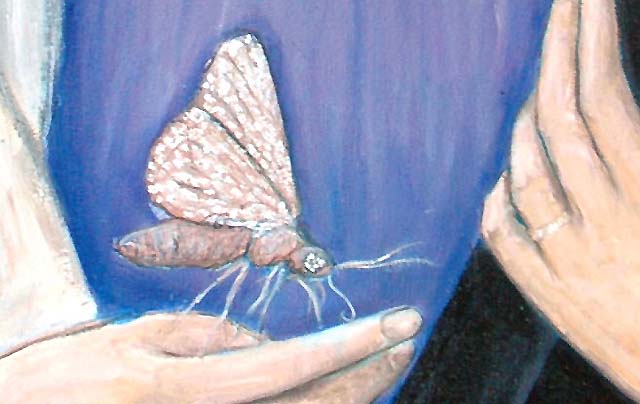 And here is a timelapse recording of the painting process, music by shardcore: