When faced with a choice of unknowns, often the question we ask ourselves is “who’s opinion do we trust to help guide our aesthetic choices?”. Sometimes we listen to our friends, sometimes we listen to professional critics. In a world increasingly mediated by online exchanges of opinion these roles have become blurred and we are often less certain about who to trust. 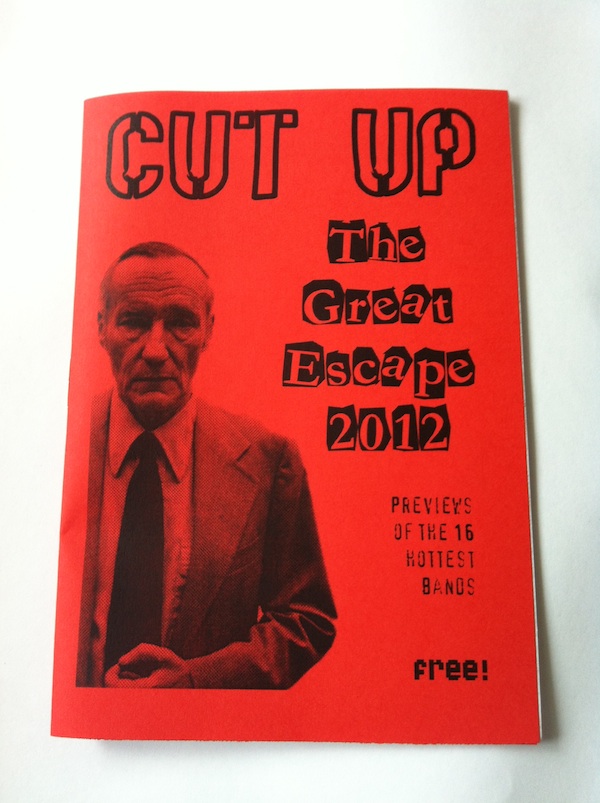 In many ways, questions about the trustworthiness of a critic’s opinion mirror questions about authenticity – we want the critics to be as ‘true to themselves’ as the artists they critique, and nowhere is this more important than when appraising a novel piece of art for which we have no references of our own.
Much of my work deals with notions of authenticity, both real and manufactured, and this piece investigates whether, under certain conditions, it is possible to create plausibly authentic opinions in an automatic, generative manner, and to see whether these can be successfully passed off, or even appropriated by people in need of critical guidance. 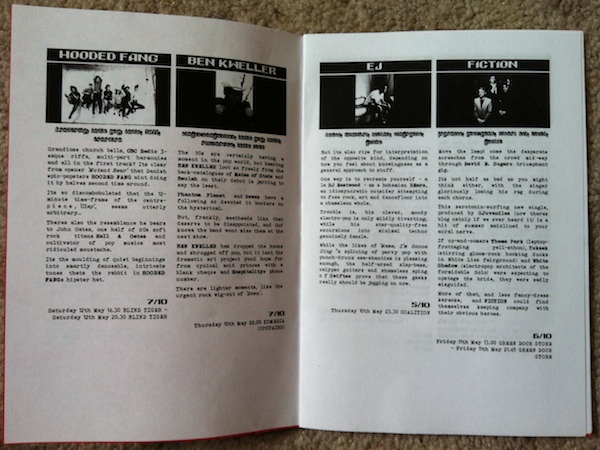 As with many of the greatest of ideas, this one started in the pub – I was perusing a flyer for a forthcoming band, and noticed the particular prose used to describe musical acts. It’s a concise mix of expressive verbiage and references to genres or to other more established bands. It struck me that this would be an interesting domain of language to use in a generative system – would it be possible to auto-generate opinions about bands?
Normally these kinds of ideas get drowned out by the next pint, however this one stuck. I began experimenting with cut-up techniques on existing music reviews harvested from the net and found that indeed, there is a distinct consistency in the language used, and in many cases the reviews have juicy meta-data associated with them, giving me some sense of whether the review is positive or negative.
The system evolved from there, harvesting more information from the Last.fm API to maintain internal consistency with the bands and songs mentioned in the reviews. I now had a machine which would write plausible looking reviews for any band that had a few scrobbles on last.fm.
I was keen to take this system into the physical world, as printed artefacts rather than some pointless online experiment, and the perfect opportunity presents itself in the form of The Great Escape Festival, a showcase of 300+ bands that very few people have heard of. What better place to introduce some manufactured opinion?

The work takes the form of a free fanzine, and great care was taken to present it in a lo-fi manner, making mistakes in the text more forgivable. Each copy of the magazine contains 16 auto-generated previews for bands playing the festival. In addition, each individual copy of the magazine is different, with unique opinions about the bands which have been chosen. 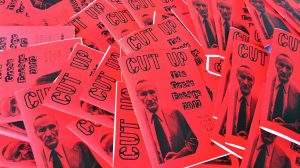 The 128 copies of the magazine contain 2048 unique reviews in total. The magazines will be distributed by hand at the festival, starting tomorrow.
Further discussion of the project can be heard in the following radio interview:


In addition, I have created a twitter account @cutupmusic which will be live-reviewing every single performance, simultaneously…
Below are some sample reviews: 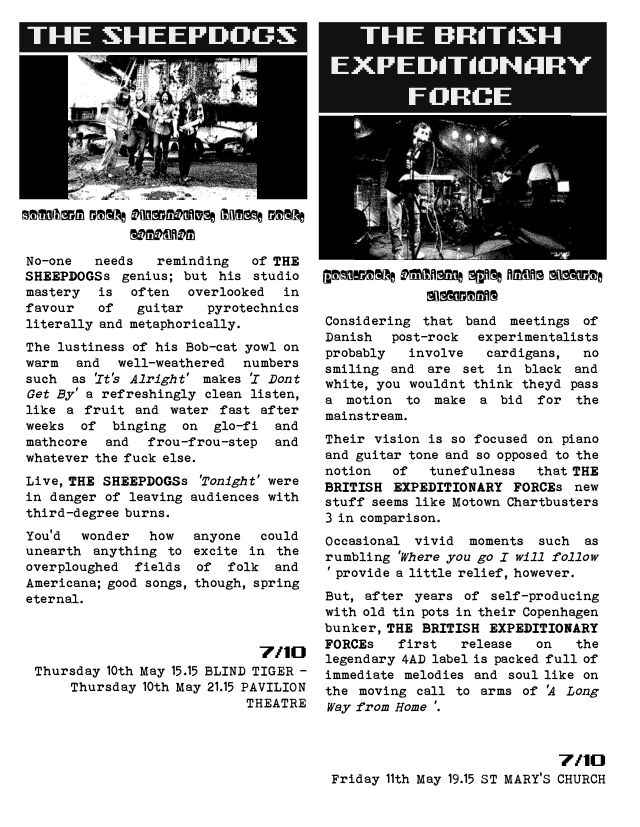