The internet loves cats, (in fact some have gone as far as to suggest the interent is made of cats). People also love Nietzsche. As a bit of fun I set about combining the two in a ‘meme’ format. 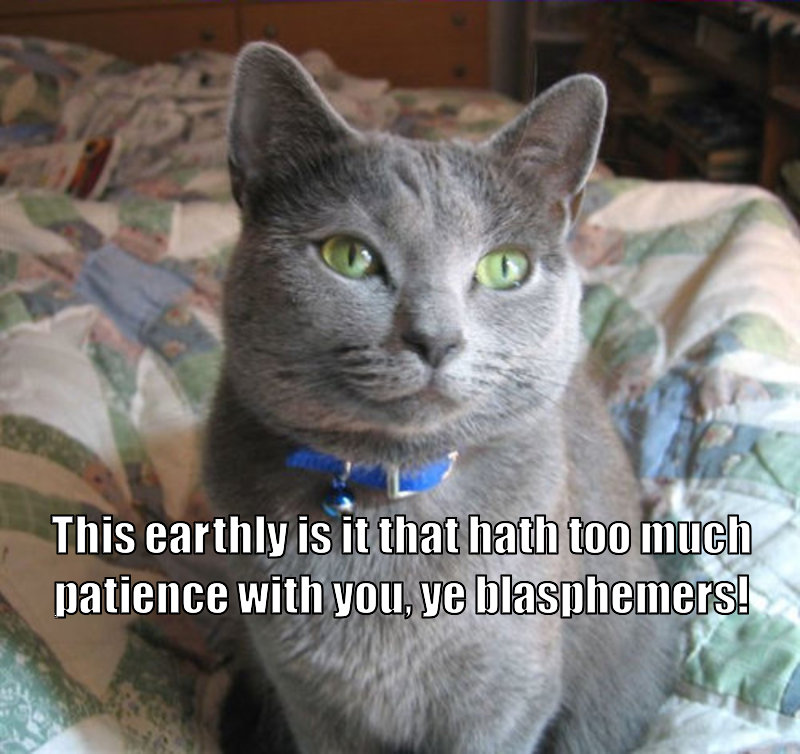 I wrote some code to splice together random cat images with tasty Nietzschean aphorisms, and amused myself (and one or two others) spitting them out daily. However, after I had exhausted my own personal favourite Nietzsche quotes, I was unsure what to do with the cats.
Then the idea struck me – could the cats read the entire text of Thus Spoke Zarathustra? So this is exactly what they are now doing, they post a line every 3 hours, an endeavour which should see them reach the end of the book sometime in July 2014.
nietzschecats.tumblr.com