An experiment running alongside the Cut Up Magazine, I created a twitter account to review bands at The Great Escape, in real time.
Using a similar approach to writing the reviews, tweets were constructed referencing the band, their songs, the venue and similar artists – the tweets were then delivered live as the bands were actually performing. 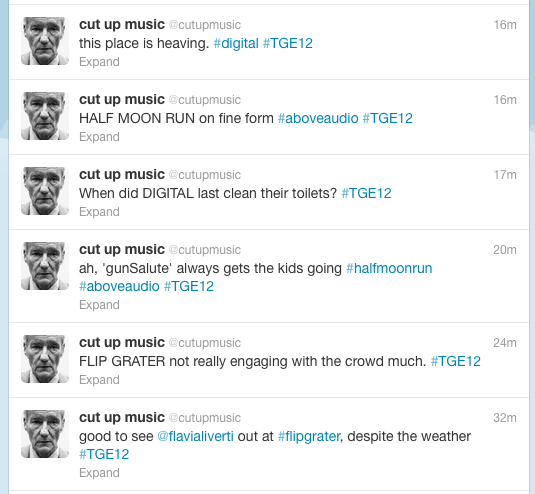 In addition, the account ‘spotted’ people in the crowd – this was rather haphazard as it relied on some rather basic username scraping (followers of the Great Escape, who had ‘Brighton’ in their bio location). However it did indeed get it right a few times, as seen in some of the sample interactions below. (The account got it totally wrong about Trippple Nippples, though, they were excellent)