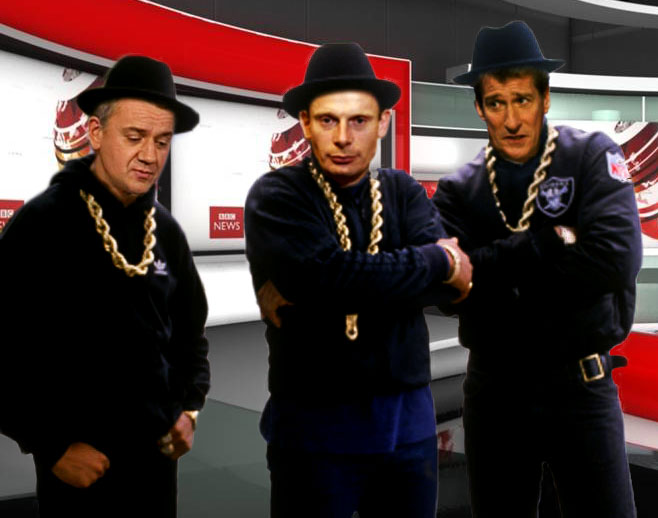 Hip Hop is sometimes described as ‘the word from the street’. However, we tend to spend most of our time digesting broadcast news as our source of global current affairs – a considerably more sedate form.
I wondered whether the two could be combined – so I built a machine to Rap the BBC News.
The system periodically scrapes the text of the top 20 news stories from the BBC News website, this text is broken down into phrases and analysed for syllabic and rhyming structure. Raps are then written automatically and spoken by a speech synthesiser, over breakbeats and supportive backing vocals.
New Raps at 9am, 1pm, 5pm and 10pm.
UPDATE 25/11/12
I’ve moved the News Raps to a tumblr account:
http://rapthenews.tumblr.com/

3 thoughts on “Rap the BBC News”