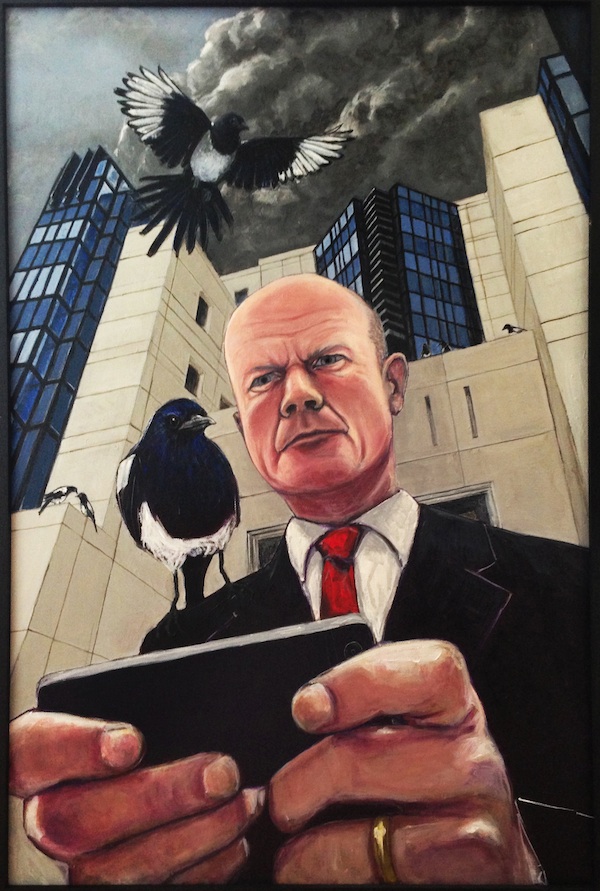 “If you are a law abiding citizen [â€¦] you have nothing to fear” – William Hague 9th June 2013
How would you feel if William Hague was reading your email, or inspecting your browsing history, or listening to your phone calls?
Recent revelations have revealed that the government watches you. It watches all of us, we are all now potential terrorist suspects. There is no line discerning ‘people of interest’ from the rest of the population – it’s far easier to suck up data on every website you visit, every email you write, every phone call you make, and let inscrutable algorithms decide whether you are a suspect or not.
These decisions are made behind closed doors, using unaccountable processes about which we cannot be told, all in the interest of National Security.
So, whoâ€™s watching you now? This painting. It watches you back, capturing that most private of moments, the interaction between you and the canvas. It plunders your face and stows it in its digital nest, whether you like it or not.
What have you got to hide?

As more and more of our lives occur online, or are mediated by trackable network transactions, the notion of ‘privacy’ is rapidly changing. The trade-off between privacy and convenience leads to massive datasets of mineable information – whether we explicitly give it away to companies like Facebook and Google, or implicitly through massive Government operated ‘meta-data’ surveillance systems.
This work has been made in direct response to the whistleblowing activities of Edward Snowden, in particular the revelation that the UK intelligence agency GCHQ has installed TCP/IP level monitoring equipment directly to the transatlantic internet backbone running from Cornwall to the east coast of the United States – allowing the potential for direct interception and investigation of much of the world’s internet traffic at 100 gigabits per second.
As more revelations are made about the level of data capture, and ever more draconian infringements on civil liberties are utilised in the name of fighting ‘terrorism’, we are living in a world perfectly primed for a slide into fascistic abuse.
The painting features the current UK Foreign Secretary, William Hague, checking your metadata on his iPhone, outside the MI6 building in London. He is accompanied by seven magpies – a bird renowned for its avaricious nature, finding shiny objects and taking them back to their nests. The number seven alludes to the superstitious rhyme associated with magpies:

Behind Mr Hagues left eye I have hidden a camera, attached to a Raspberry Pi computer, which constantly watches, looking for the faces of observers. When it spots a face, it records a short video sequence of the observer, looking at the painting. The act of engaging with an artwork is a highly intimate and personal experience, a moment when we are truly alone with ourselves. It is just such private of moments are now being automatically monitored and analysed without our consent. 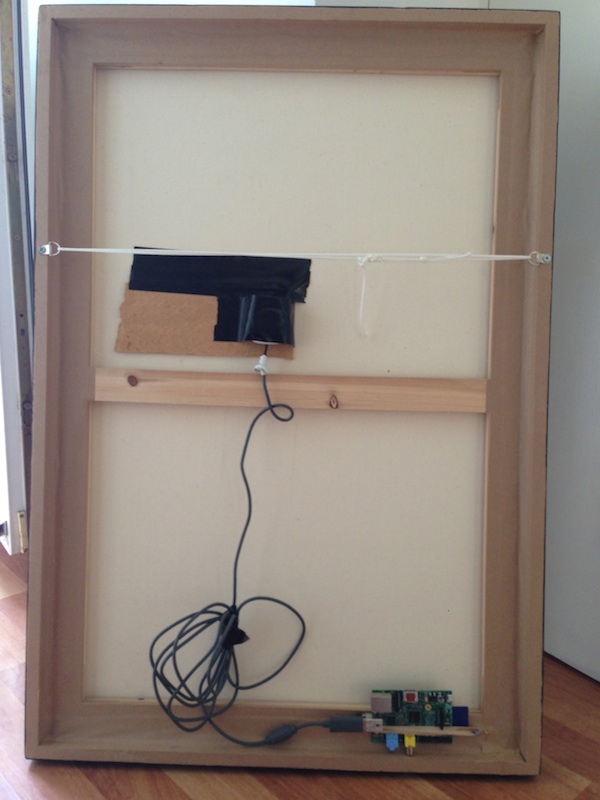 The recorded videos are then processed and transmitted to a separate box, where they are displayed, floating inside a bird’s nest of twigs and Ethernet cables. The intimate act of looking, as seen by the painting, becomes another shiny object, woven into the magpie’s nest.
Since the painting acts as both recorder and server, transmitting the images over a network, the box itself can operate just as easily on the other side of the world as within the same gallery space – alluding to the ‘data sharing’ agreements between the US and UK which effectively allow UK citizens to be monitored from the US and vice versa, thus circumventing any troublesome local laws. 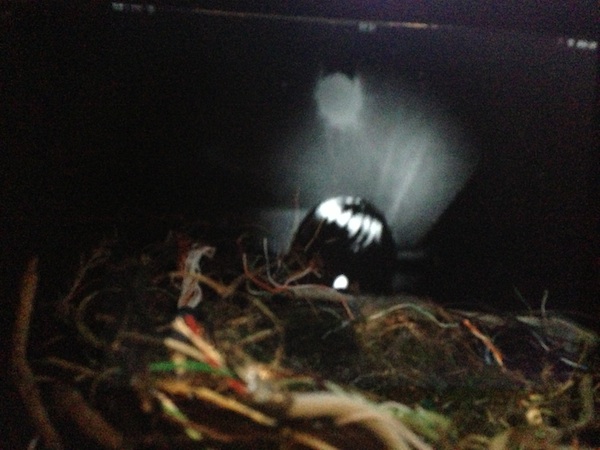 This augmented painting is on display at The New Sublime exhibition until September 8th 2013.

1 thought on “Who Watches the Watchers?”