The recording artist Kanye West is a fascinating juxtaposition of signifiers which could only come together at this point in time. He is also widely acknowledged as being, at times, a terrible lyricist.
I wondered what the machine mind of the internet would make of them. 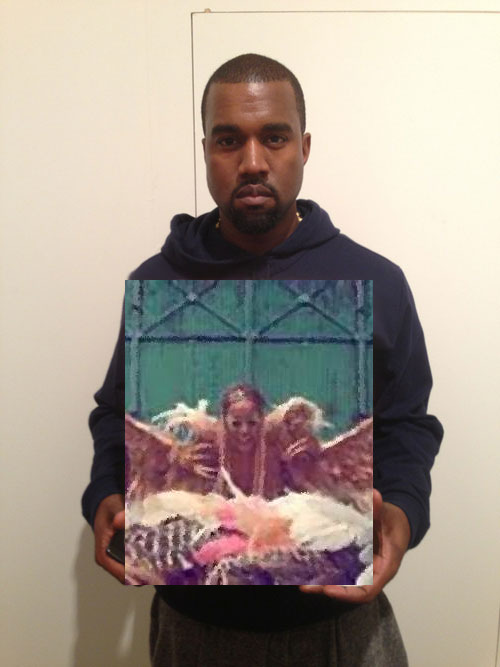 I have taken the lyrics of his latest album, Yeezus, and passed them line by line into Bing image search, selecting the resulting top hit and juxtaposing it onto a recent image of Kanye holding a painting of himself. The image reminded me of the one I found for my earlier project, What does Diddy appreciate? 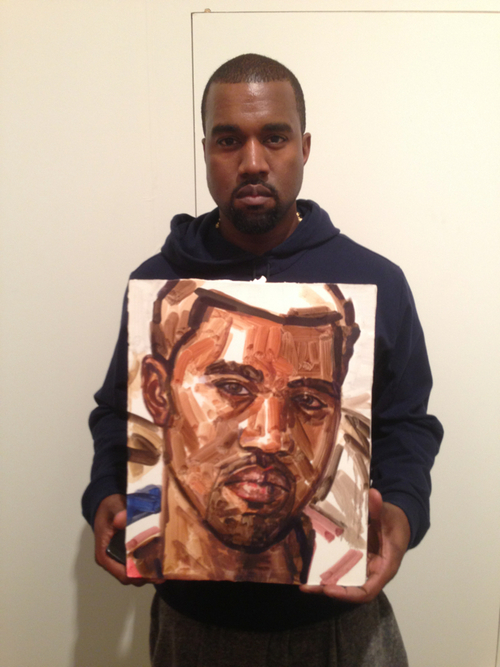 I am fascinated by the relationship we have with algorithms, particularly our reliance on search engines to supply ‘an answer to anything’. Search engines rarely, if ever, offer us ‘no results’ – the fuzzy logic of the underlying algorithms desperately producing a match of some sort, no matter how outlandish the request.
Because of his celebrity status, Kanye’s lyrics often get indexed with images of him. Hence I expect many of the output images to show him holding an image of himself, mirroring the original photo.
The photos are being generated at the rate of one an hour until the lyric list is exhausted, sometime on Saturday 22nd December 2013.
The montages are automatically posted to a tumblr: yeezusart.tumblr.com

1 thought on “Yeezus as Art”