As we proceed through life, we build up our own reality tunnel of knowledge, opinions and expectations.
Every now and then we are faced with a state of affairs to which we are unable to respond.
We stop and ask ‘why?’
As children we ask profound, innocent questions, such as ‘why is the sky blue?‘ or ‘where do baby tetse flies come from?‘
As adults these questions often become more mundane, and we look to popular culture for answers.

Why #JLSMemories? because I have breasts doesn't mean I have magical powers over infants.

Culture, in its broadest sense, is the sum of our ideas and knowledge as a species. Twitter is a minute subsection of culture. 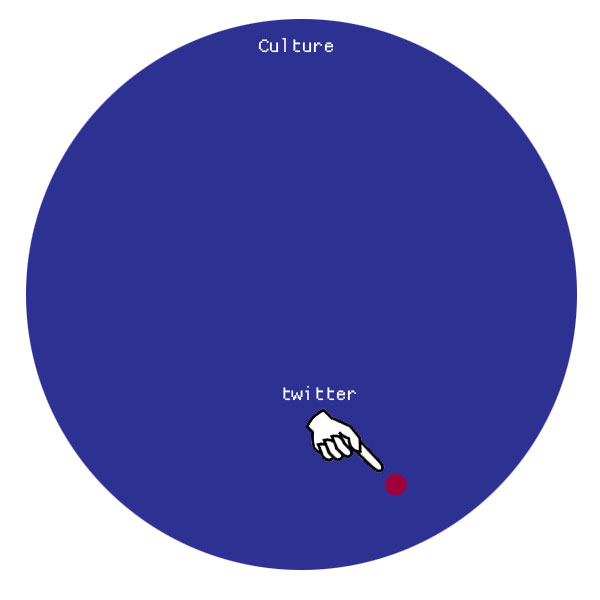 A mundane question I sometimes find myself asking is ‘what the hell is that, and why is it trending on twitter?’
This twitterbot attempts to answer that question. It asks why an entity is trending, then supplies an explanation harvested from the cruft of twitter itself.
The bot is not aiming to provide a ‘real’ explanation, there are plenty of other places for that. This is simply an experiment in dropping a line into the churning culture of social media and hoping to hook an answer, any answer. Often the results seem as valid (if not more so) than the prevailing cultural reality tunnel would have us believe. These juxtapositions (and our response to them) provide new ideas, new explanations, and new ‘truths’ for us to hang on to.

Why London? because like you have no idea what goes on inside-.