I recently discovered Plotagon, a bizarre and fascinating tool for auto-generating movies from dialogue and simple direction.
Here is the first 5 minutes of Waiting for Godot, by Samuel Beckett, performed by some of these virtual robot actors.

The actors can be given lines, simple acting direction for the dialogue (afraid, angry, arrogant, bored etc), and instructions for non-verbal expressions between the lines (bow, caress, clear throat, cry, laugh etc). The palette is limited, but broad enough to get the job done.
Hollywood movies increasingly use rendered versions of actors in scenes too expensive or dangerous to shoot for real. I wonder how long it will be before human actors find themselves appearing on film less and less – instead licensing their likenesses to studios, and leaving the ‘work’ of acting to the bots?
We’ve already seen ‘holographic’ versions of Tupac and Michael Jackson resurrected with technology. Are stage actors destined to go the same way?
I wonder what Beckett would’ve thought… 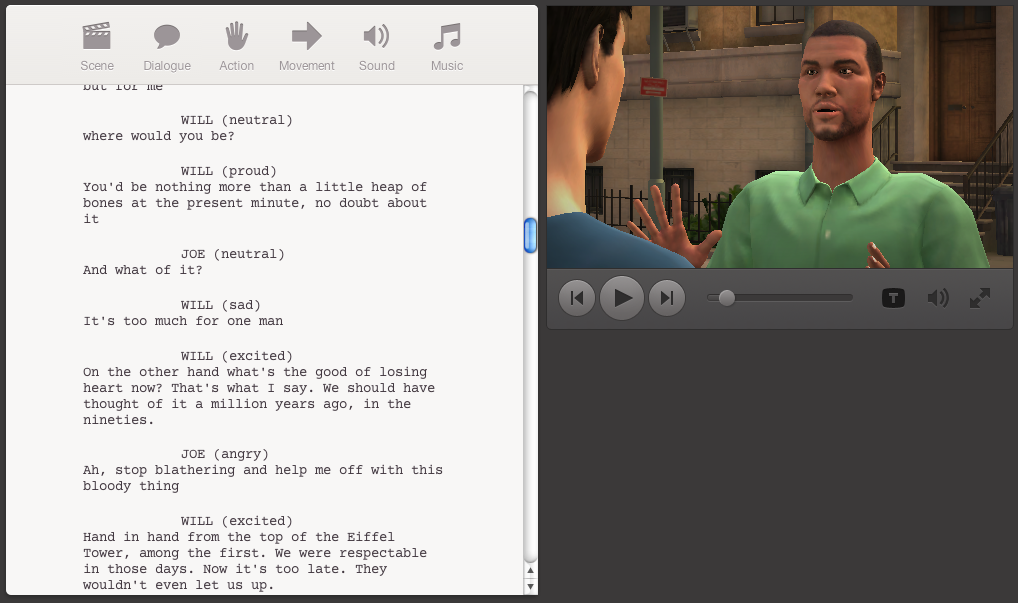