Follow @thetrumpwatcher
It hardly needs saying, but we live in strange, unpresidented (sic) times. The President Elect of the United States of America, Donald John Trump, is an extraordinary individual, in every sense of the word.
One of his most notable attributes is his addiction to Twitter.
Seemingly without thought or consideration, he delivers bite-sized slices of wisdom whenever he deems fit. Whilst one may argue that this is precisely the modus operandi of the Twitter service, it seems ill-fitting of a man who is soon to command the most powerful country in the world.
Diplomacy is hard. Indeed, his twitter feed has already led to increased tensions between China and Taiwan, and he’s yet to enter office.
Since Mr Trump chooses to tweet, it seems worthwhile to investigate what else he’s revealing along the way. 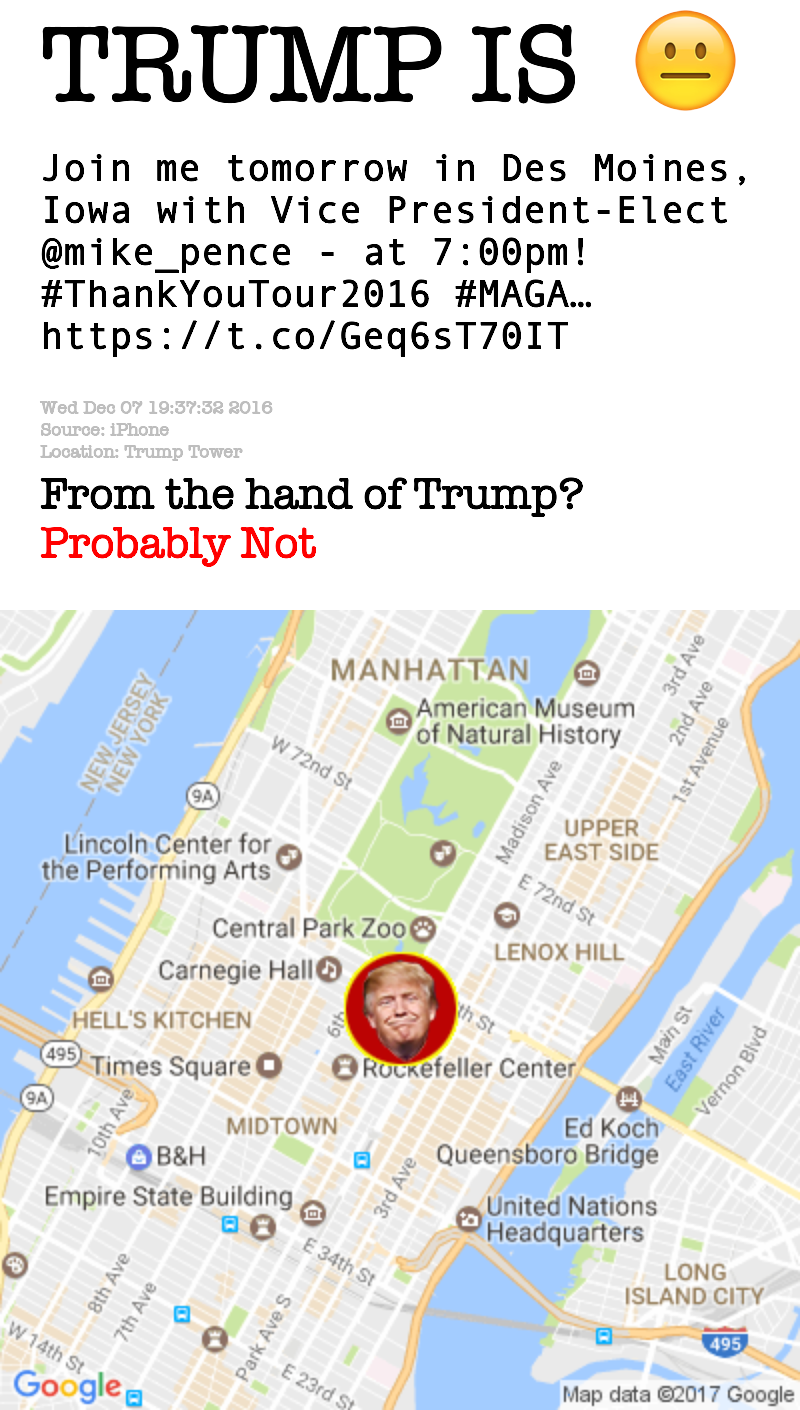 The term ‘fake news’ is applied to all forms of information, true or false, depending on political agendas. We are said to be living in a Post-Truth age. As Newt explains below, truth no longer matters, it’s all about how people ‘feel’

This bot does not try to understand the words of Mr Trump (a challenge for many), instead it mathematically analyses his tweets and presents the data in a deliberately vague and emotive manner.
After all, people don’t want facts, they just want feelings.
Follow @thetrumpwatcher