Privacy International asked me to design a twitterbot based around their character ‘The Adversary‘.

The Adversary represents the (in)visible forces chipping away at our privacy, harvesting and analysing data about us for their own (sometimes oblique) purposes. In this context, Facebook is as much of an adversary as GCHQ or the NSA. Governments and companies increasingly harvest huge quantities of personal data and enact algorithmic judgements based on it.
If you follow this bot, it will monitor your tweeting activity and produce custom video reports analysing your behaviour.

The bot analyses the frequency and timing of its followers’ tweets, as well as performing sentiment analysis on individual organic tweets (i.e. ignoring retweets), tracking and graphing the mood of the follower over the previous 7 days. 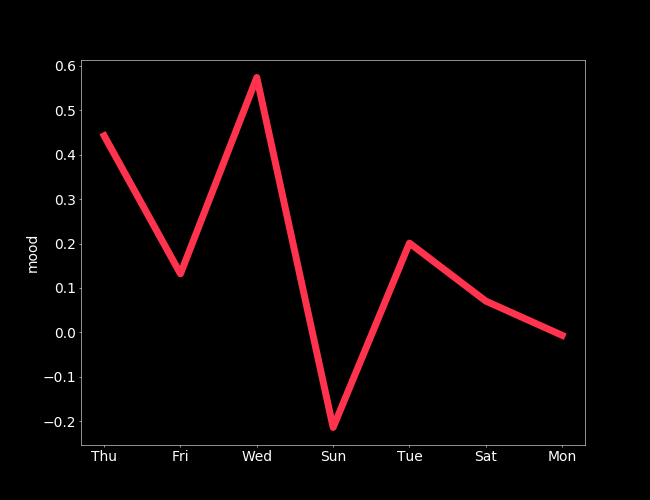 Tweet sentiment
Visually, the bot gives a nod to one of the finest pieces of 1980s manufactured authenticity, Max Headroom “The World’s first computer-generated TV host” – a simulacrum of a digital avatar from the pre-CGI days, in reality, performed by Matt Frewer in a rubber mask.

The aim of the bot is to appeal to its followers’ vanity, creating ‘custom video content’ for each of them, whilst at the same time generating a sense of unease – if The Adversary knows so much about me, based purely on what I post in public, I wonder what else ‘the algorithms’ might know? 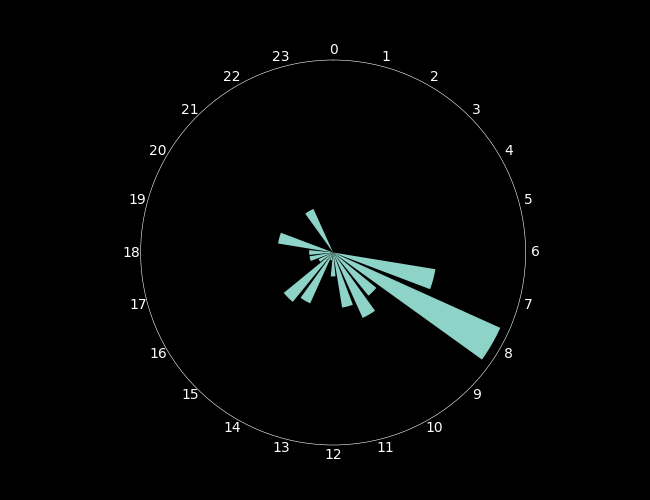 Time of tweeting
We find ourselves in a unique point in history – for the first time ever, we have platforms through which we can disseminate our ideas (both profound and inane) to a global audience, from the comfort of our phones, for free. However, the implicit faustian pact we are making is far more sinister – by publishing our content to these networks, we are signing over far more about ourselves than we may realise. 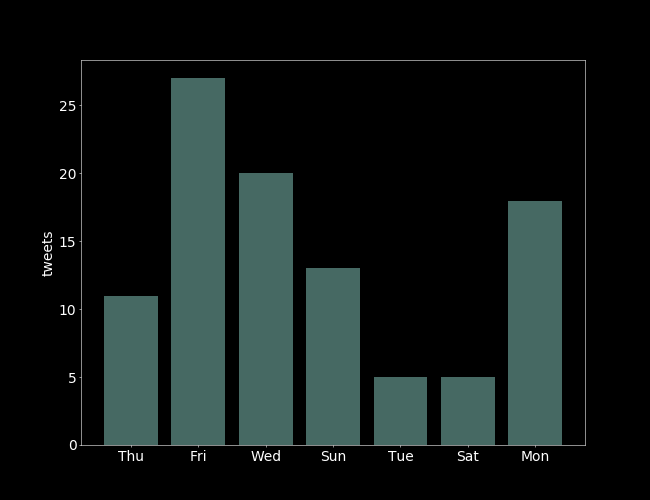 Tweet frequency
Working with Privacy International on this project has been interesting, but to a degree frustrating. There are many other, more invasive, ways to analyse twitter data, and many more unsettling ways to re-present social media behaviour, for example, making more explicit references to who else the follower interacts with (a technique used by @bffbot1 a few years ago). However legitimate concerns about privacy from Privacy International prevented those functions from being included in the final build. Whilst I understand their need to be GDPR compliant and ‘practice what they preach’, it did curtail my natural instincts to create something more provocative from the underlying data.
Similarly, the tone of the bot is relatively benign, whereas my natural instinct would be to make it a bit more judgemental and critical. One of my favourite now-defunct twitter accounts, Jack the Twitter used freely given social data and used it to stalk his targets – it was not a bot, but manually controlled by Marcus John Henry Brown, but he created a genuine sense of unease in it’s followers.
We tweet like only our friends are listening, but not all those who are listening are our friends.
Follow @adversarybot