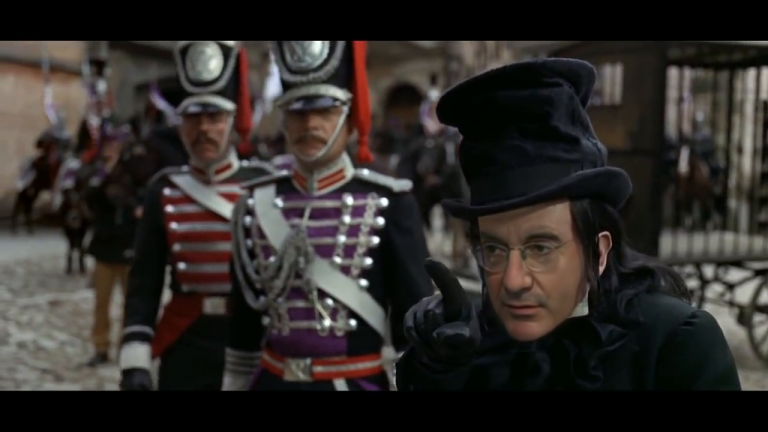 It could be argued that the current crop of Westminster politicians are the worst in living memory. Or perhaps it’s a function of age that the older one gets, the more horrific the political landscape appears to be.

For me, many of the current crop of oleaginous politi-drones are all the more repellent because some of them were my contemporaries when I was at University.

I arrived at Oxford at the same time as Jacob Rees-Mogg. Me, a long-haired freak from a failing Comprehensive school in Devon; he, the Eton-educated son of an editor of The Times.

I distinctly remember his demeanour – the very worst kind of public school arrogance, dressed in a ridiculous double-breasted suit.

Needless to say our paths did not cross very often during those years, and I had subsequently all but forgotten about him until he began appearing in the news as the leader of the European Research Group (ERG)

If ‘Europe’ is the suppurating sore on the Conservative Party that led us to Brexit, Rees-Mogg represents a kind of antibiotic-resistant MRSA super-pus oozing out of the wound. His pious, condescending manner inexplicably commands a bizarre form of deference from the forelock-tugging mass that seems to make up a significant proportion of the British electorate.

It turns out that I can produce a reasonable impersonation of Jacob’s speaking voice, and it led me to wonder if it could be used to expose his inner agenda to a wider audience.

My first attempt at producing a ‘deep fake’ of JRM involved using a form of Pix2Pix transfer network, mapping facial landmarks onto corresponding images. Once the model is trained, one can, after a fashion, direct the target with one’s face to produce a digital Jacob meat-puppet.

As you can see, the results, whilst amusing, are not particularly convincing (check out the eyebrows!)

I attempted many methods to try and stabilise the output, moving the facehull around the frame, squashing my head to make it more like the vampiric flesh-lozenge that is Jacob’s own.

Eventually I created a model which, when suitably contextualized into a Piers Morgan clip, more or less passes as the real thing.

The model itself is capable of producing Jacob faces pretty much anywhere in the frame, and one experiment produced this nightmare collage.

Much like the way in which the word ‘bot’ has come to represent a whole range of automated systems (and human propagandists), ‘#deepfake’ is used as a catch-all term for a number of different technologies. It is most frequently ascribed to faceswap techniques where the target’s face is applied to the head of another person, most often in the form of a video. For some reason, Nicholas Cage is a popular subject.

I contemplated a number of suitable characters for Mr Rees-Mogg, but settled on ‘The Childcatcher’ from Chitty Chitty Bang Bang – I am not alone in having been profoundly fearful of him as a child, and he makes the perfect form onto which to project the spindly coat-hanger-of-lies.

Here we find Jacob capturing ‘foreign children’ and delivering them to Queen Boris. I am especially thankful to my youngest daughter for providing the “and fuck brexit!” overdub at the end.