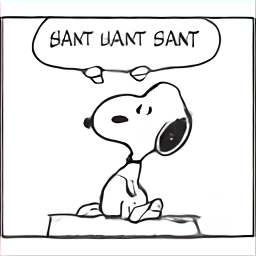 What does it take to steal the soul of an artist? And what do you do with it once you have it?

Practically, machine learning models need a lot of data – tens of thousands of exemplars to allow the model to generalise the problem and generate novel images based on it. Very few artists produce this quantity of work, for obvious reasons. Even if they are highly productive, often this is coupled with a developing/shifting style which does not readily lend itself to machine learning. A diverse set of images is much harder to learn, and the resulting images become ill-defined or chaotic.

In these cases, style transfer does a pretty good job of mapping the marks of a particular image into another form. Vincent van Gogh’s ‘Starry Night’ has become not only one of the most widely reproduced paintings in history, but also the go-to image for computer scientists in this domain.

Another approach is to lump-together large corpuses of work from multiple artists – the infamous Portrait of Edmond Belamy, generated from an (allegedly) stolen model generated from thousands of historical paintings, sold in 2018 for $432,500.

Neither of these examples capture the essence of a single artist. The Van Gogh example reproduces some of the brush-strokes of the original, but it says nothing of the motivation or emotional state that drove him to paint ‘Starry Night’ in the first place. The portrait by Obvious collective  represents a form of ‘averaging’ across thousands of different paintings, and cannot be said to represent the style of any individual artist to any meaningful degree.

However, certain artists are highly productive and constrain themselves to a particular style and format for their entire careers. Charles Shulz, the creator and artist of the Peanuts comic strip, produced thousands of comics over 50 years. As a result, he is one of the few artists who have enough ‘content’ to train a styleGAN2 model. By extracting each frame from nearly 18,000 comic strips I was able to harvest 63,800 distinct images featuring Charlie, Snoopy, Peppermint Patty and the rest of the gang – plenty of food for the network to chew on.

The trained network is now able to produce an infinite number of novel Peanuts panels, capturing not only the characters, but the distinct quality of line which defines Shulz’s style.

In some ways, the model represents the disembodied essence of the Peanuts aesthetic, but do I have Charles Shulz soul? For many obvious reasons, I do not – this model knows nothing of the motivations, desires and intentions behind Charles Shulz and his works. Even the resulting images, whilst pleasing in a Peanuts-y way, are unable to reproduce meaningful text, which means that a significant proportion of what ‘made’ the original works is missing.

On the other hand, the model contains the potential to reproduce every image it has seen, and, much like the infinite-monkeys-writing-shakespeare, it can theoretically produce exact replicas of existing panels. In practice this rarely happens, with the ‘novel’ images far out-weighing the replicas.

The Shulz estate generates an estimated $1bn a year in merchandising; as a result, Peanuts has moved on from being the pen-and-ink work of a single man and has instead become a valuable ‘property’ that needs ‘protecting’.

Does this model represent a threat to this intellectual property? In practical terms, no, not unless I aim to pass off the works as Shulz originals and attempt to commercialise them. But even then, at what point does a novel image ‘inspired’ by a body of work constitute a copyright violation?

Much of the law deals with ‘intent’ – the intent to steal, the intent to harm, the intent to defraud. This neural-network model does not possess intent. It is a blind automaton, which, if pressed, would continue generating Peanuts-like images ad infinitum. At no point will the model consider what it is doing, or what happens to the resulting images. It is only I, the artist, who has intent.

In its present form, the model poses no threat to the legacy of Shulz; the question remains,  however, as to at what point of complexity and sophistication it might begin to.

I did consider running the Peanuts text through a GPT2 text generator, allowing the system to write the words as well – novel words, in the style of Peanuts. Would this take me closer to committing a crime? If the resulting output becomes indistinguishable from original works, is the model guilty, or am I? The law has yet to adapt to these scenarios of manufactured authenticity.

Algorithmic systems are already used to assess the legality of our behaviour, from facial recognition models which identify criminals in a crowd, to insurance policy algorithms that decide our premiums based on multi-variable datasets with implicit bias.

Who is culpable when these systems go wrong? The programmers? The parties responsible for collecting the biased data? The organisations funding their development?

These questions become even more challenging when assessing works of art derived from the work of others. In some ways my algonuts model is like a skilled forger, able to create new works in the style of Shulz. On the other hand, it can never develop a new style, nor assess the quality of its work in any way more sophisticated than calculating an error function.

Do these works even count as art? Without a human making aesthetic decisions, drawing on their life experience for inspiration, or simply being motivated to plough a singular artistic furrow long enough to generate satisfactory work which communicates something meaningful to the viewer, can the resulting image ever be art?

The artist requires an audience. The art exists in the mind of the person experiencing it; it is created in the space between work and viewer. The ‘value’ of the work involves a relationship (however contrived) between artist, audience and human culture. It is loaded with a complex set of expectations. One of the key expectations is that the creator is a human, just like the audience.

Art, of course, does not live in a vacuum. Artists inspire each other, culture influences aesthetics. It is the unique vision of the artist (and a degree of luck) that makes their particular expression of themselves resonate with others. It is their underlying ‘humanity’ that gives the works value.

The ‘threat’ of AI to traditional art is at times over-rated. Good art always (at present, at least) requires a human somewhere in the process, even if solely as a curator of the infinite flood of imagery these models produce. AI systems are best viewed as weapons in the artistic arsenal, alongside traditional tools like the paintbrush, the pen or the camera.

AI artworks are the result of a new kind of collaboration between artist and tool. The fruits of these collaborations are just beginning to appear. How culture responds to these new Centaur hybrids remains to be seen.